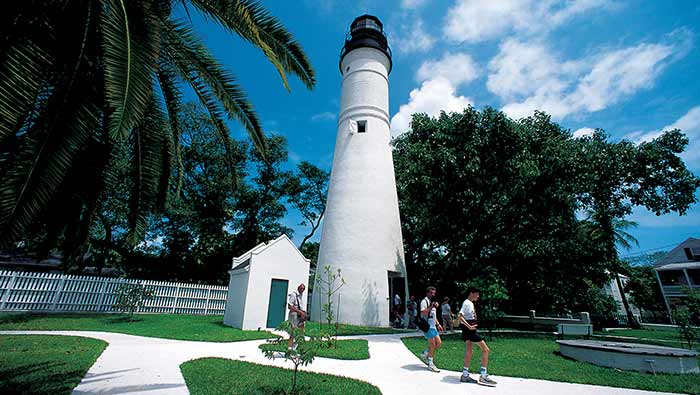 The Key West Lighthouse opened in 1848 with a woman as its Keeper. This is something that was unheard of during the 19th century. In the following years, the Lighthouse underwent a number of upgrades including the installation of a Third Order Fresnel Lens, an extension to the tower which allowed the light to be seen from a farther away, the Keeper’s Quarters was added, and lastly the electrification of the light.

In 1969, the U.S. Coast Guard decommissioned the Key West Lighthouse. The reason for this was that a full-time Keeper was no longer a needed due to the changing technology. Today, this watch tower of the sea stands as a museum dedicated to Key West’s maritime heritage and to the brave folks who kept the light burning through the war and treacherous weather.

Today, visitors can walk up the 88 steps to the top of the light as well as explore the belongings, photographs, and words of the lighthouse Keepers and their families.

The Key West Lighthouse is within walking distance to the Ernest Hemingway House.